Adding Shelves to My Office

Enter your email below to receive exclusive life updates, sale finds, and product roundups from me! xx

Walking you through an overview and the pits and peaks of my year... with photos to accompany it all! Read More

It honestly feels like I was just writing 2019’s version of this post last year– and getting frustrated at how to format all of the photos I wanted to share in it ????.

Looking back on 2020, it feels like everything and nothing happened all at once. It was the most transformative year for my career and my personal life, yet the large majority of it was spent at home and braless. It’s wild how both extremities can occur simultaneously, isn’t it?

I honestly feel weird and unsure writing a blog post that highlights my “pits” and “peaks” of the year, because while it was a time when some of my life goals and dreams came true, it was also a year where hundreds of thousands of people died (over a million if we’re talking worldwide), millions lost their jobs, and everyone faced uncertainty, worry, and angst. How am I, or even who am I, to come out with any “peaks” from this year?

How do you recap and reflect on a year that was so out-of-the-ordinary and just plain hard? I’m not sure, so I thought I’d start by literally just listing out and recapping the things that happened in my life this year, and then attempting to find the moments of peace or joy within them. Because at this point that’s really all we can do– fight to find the little bits of good in it all. I understand that that may make me sound way overly optimistic, but I don’t think you’re here because you love my pessimism. ????

I said this in last year’s yearly recap, but these types of posts sometimes give me a pit in my stomach to write or read, because they can so easily become someone’s glossy highlight reel of the past year, featuring all of their accomplishments and happy moments.

It gets really easy to fall into the comparison game when it comes to them. And as someone who struggles with comparing myself to others and then feeling down on myself, I don’t ever want my posts to make you feel that way. Just know that behind all of the joyful, vibrant photos and text, there’s a girl who’s just trying to figure it all out and has many emotional ups and downs that don’t necessarily make to this blog or Instagram.

But, nonetheless, here’s my best attempt at recapping my year through photos and the moments that I remember most. ????

Well, as you can see in the first photo I included, I started the year off really excited. ???? I had just gone part time at Lilly, was loving my new schedule, and had so many fun international trips planned (Mexico, Greece, St. Maarten, Barbados)!! What could go wrong?!

The next few photos dictate the series of chaos that followed throughout the year… trying to figure out how to blog full time and taking that heinous accidental selfie (still haven’t figured out how to work the damn ring light), receiving Sanitizer and wine as gifts like it was normal, living with my parents for about six months longer than I intended (even while still paying rent in Philly), getting rid of about 75% of my belongings to start fresh , and finally moving to New York City!

I (like the rest of America and the world) spent the majority of the time in limbo, not quite sure when I would be where or how our health would fair. I spent the majority of the year not knowing when I would move to New York, how I would run my business amidst the pandemic (or, even more– what was the most ethical way to do so), and how to try to stay sane and calm amongst so much unknown. Then of course, I worried and stressed over everyone around me— and all who were so tragically impacted by the pandemic.

But out of all of that waiting and wondering, the unknown and worry, there were a few slivers of good that really helped me figure things out for myself and better support those around me— I discovered Equilibria CBD which I know take daily, I started reading devotionals in the morning and before bed, and I worked consistently with my Christian life coach to keep making steps towards my goals (no matter how big or small they were). Also, this year brought us Tiktok. ????

But most of all, these ups and downs taught me just how many seasons and life stages can occur in one year, and that even when it feels like it will drag on forever and you will never reach a turning point, time passes on and you can still make it out on the other side, happier and much more thankful for everything than you were before. At least that’s how I’m choosing to see it now. 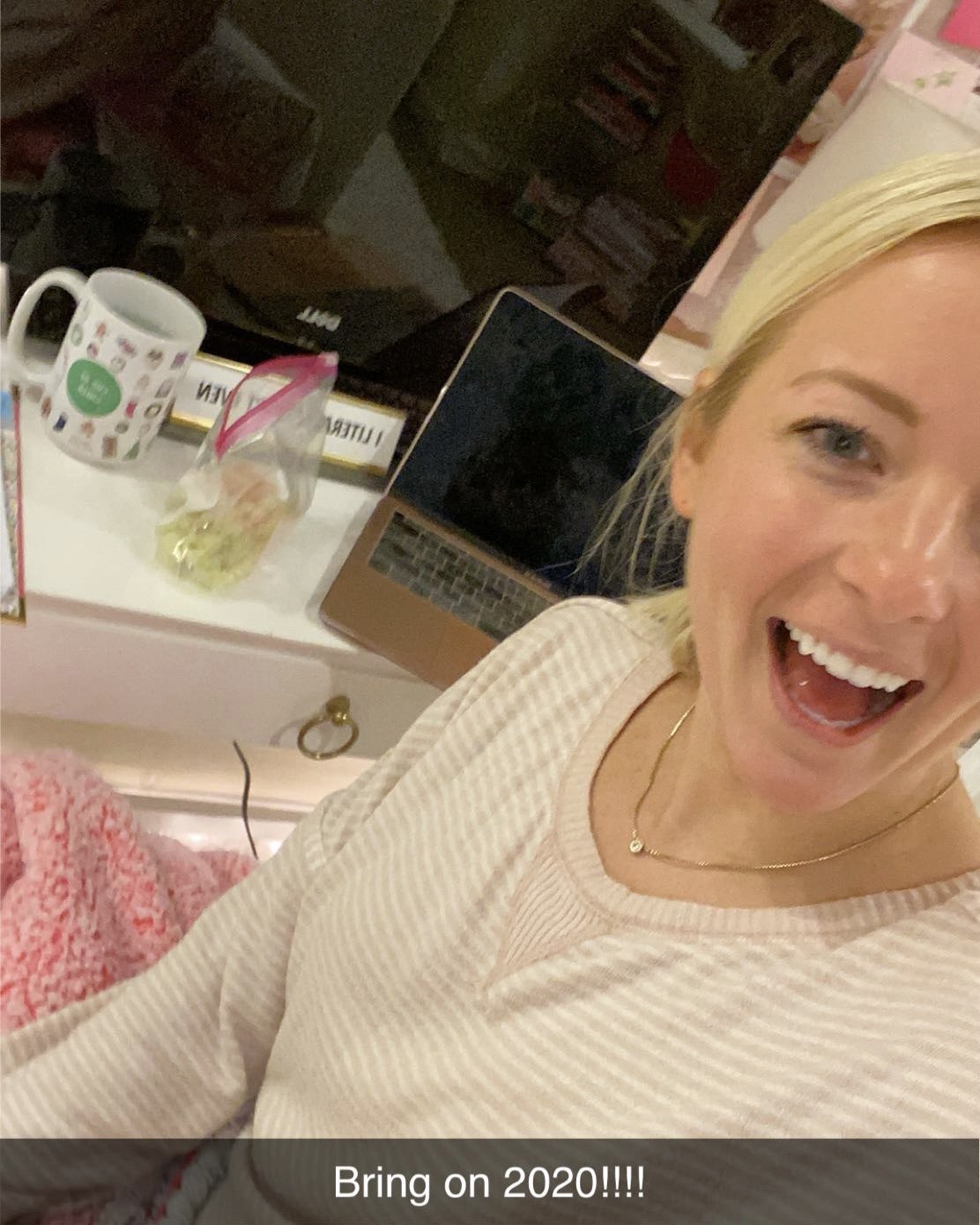 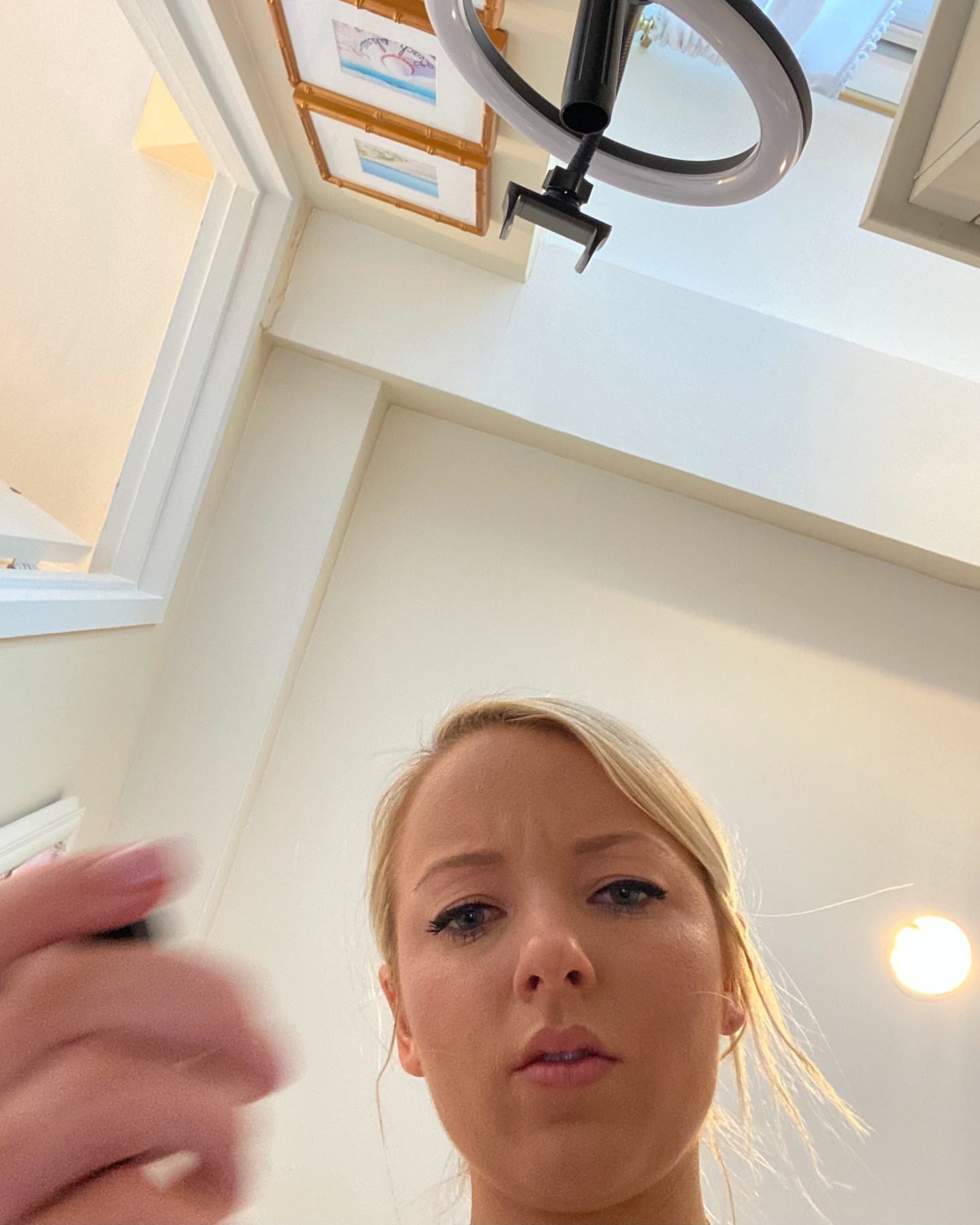 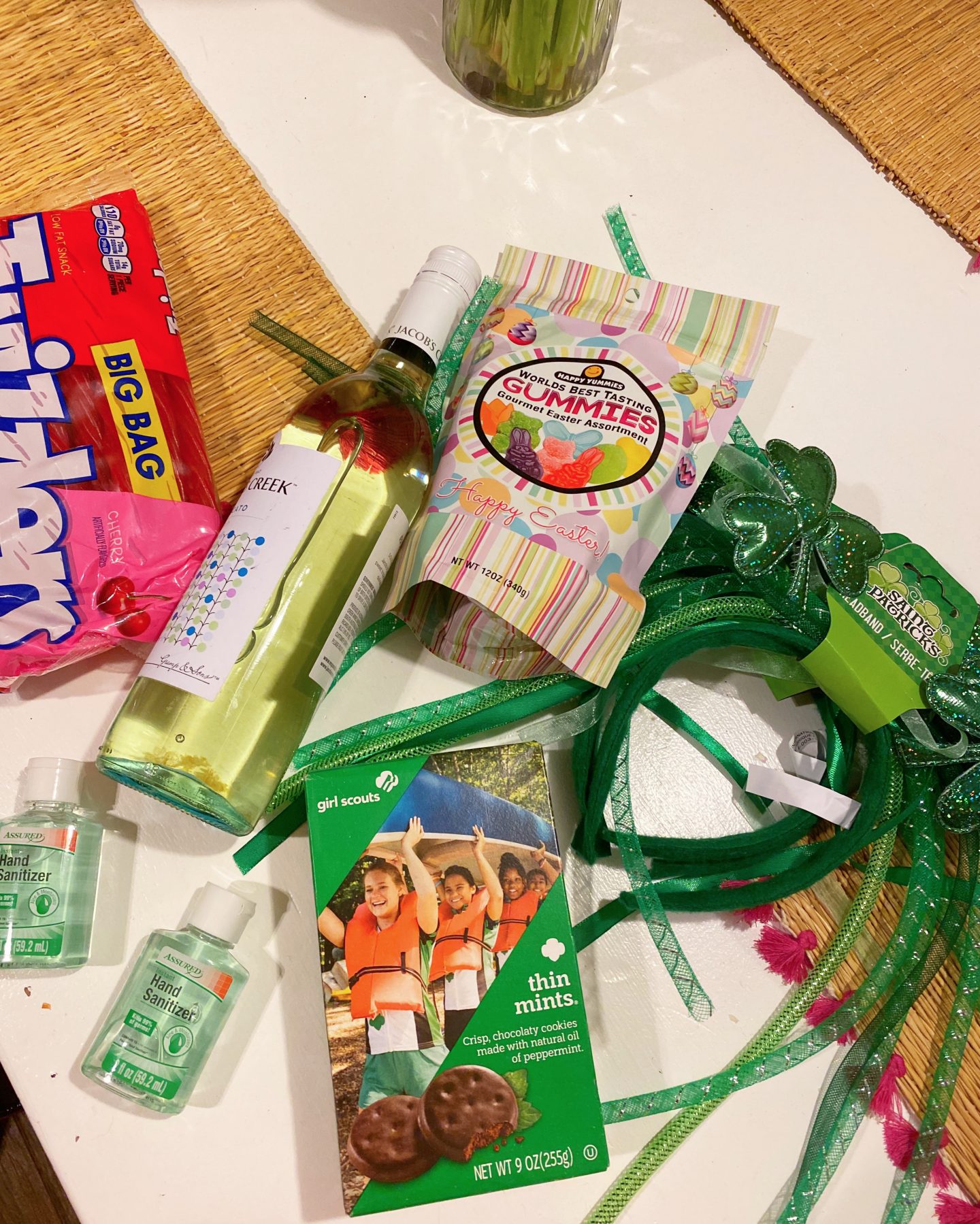 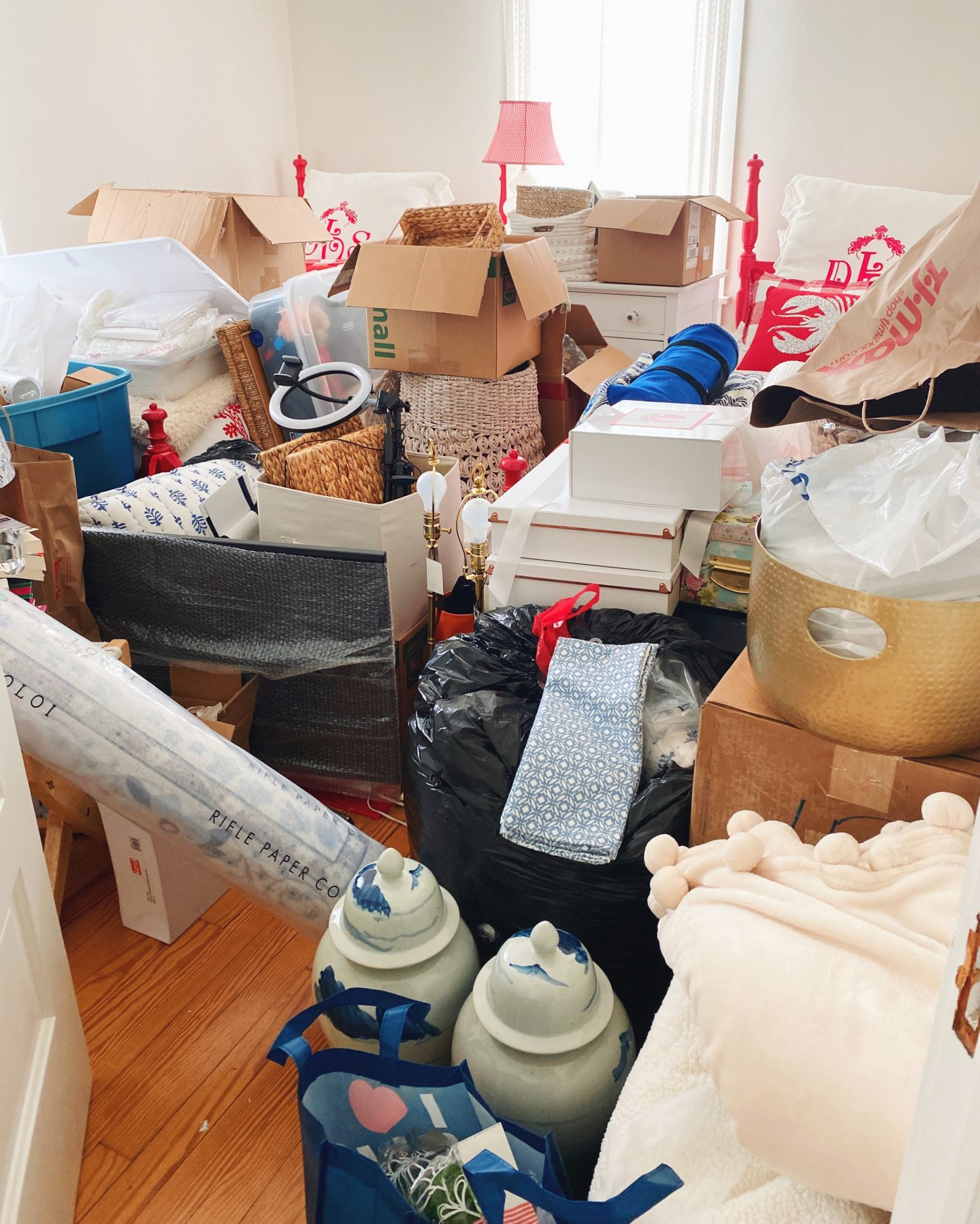 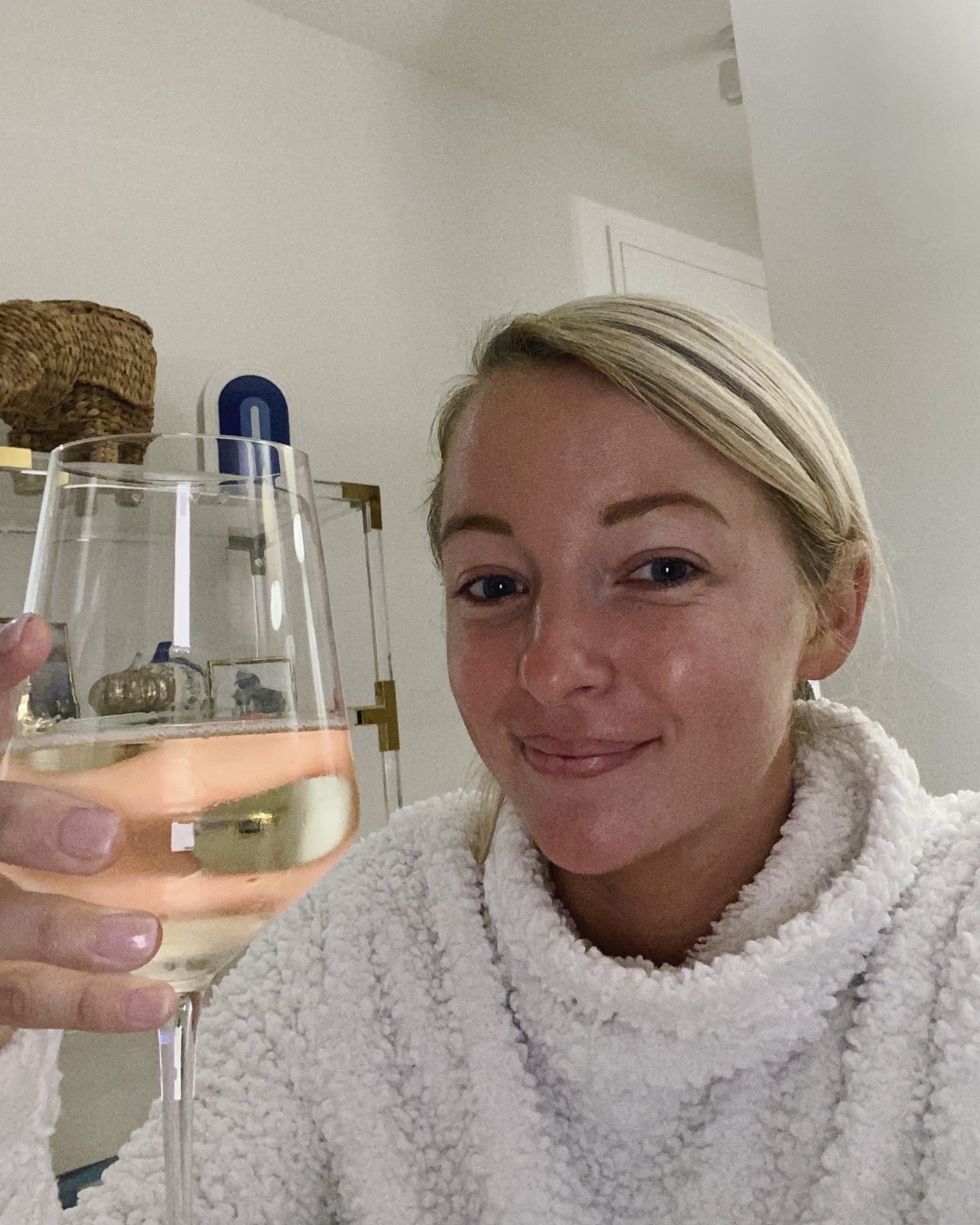 Starting in January, I was working part-time on my blog and part time for Lilly, and soon realized that I didn’t have room in my life to pursue both anymore. In February I had a blissfully unaware mountain getaway with my best friends, and it was the last time I would easily travel or hang out with anyone comfortably that year. It was also when I decided to resign from Lilly but stay with them to transition out by the spring.

Then all of a sudden it was March and I was in the middle of planning a trip for work when sh*t hit the fan and I found myself quarantining with my whole family in Vero Beach. I packed for two weeks and ended up staying two months. During that time I left my corporate role and began my first few weeks of working for myself. I had more time on my hands, so I even took on some consulting clients. It was such a period of learning and growth that I’m so thankful I had.

In mid-May I moved out of our apartment in Philadelphia (our lease was up at the end of the month), and schlepped all of my stuff to our beach house, where I moved in for the foreseeable future.

Then it was June and I took time off of social media and blogging to pause, listen, learn, and uplift the Black creators, business owners, and influencers I so love. I don’t think I can ever accurately describe how important that time was (and still is). I celebrated my birthday that month by going shopping in a glitter face mask and then having a pasta dinner in a tie-dye sweatshirt (so quarantine of me). In July, we moved Johnny out of his apartment in the East Village and moved all of our stuff to our beach house. He moved into the back house and we decided there was no reason for us to move to NYC quite yet (it was peak summer weather, can you blame us?!).

Then, I attempted a bit of travel on the east coast and visited Williamsburg, VA and Newport, RI! I had forgotten how much I missed sharing my travels so that fed my creativity more than I knew that I needed. After that, Johnny and I spent September and most of October at my beach house, working, ordering things for the apartment (oh, just a few things! ????), and watching the entirety of Game of Thrones (believe it or not, I absolutely loved it and there is still a hole in my heart where that show once was!!).

Then we took a trip to New York City and after touring 25+ apartments, we found our dream one… a lovely space on the Upper East Side that had a ton of natural light and was already painted in my favorite shade of  white (Benjamin Moore “White Dove”). It was a quick yes after that and we started making the plans to move!

I worked with Adnan Anwar to design our apartment and it was surprisingly probably the biggest life/blog project I’ve undertaken to date. But it was SO MUCH FUN. With the help of our families, we moved in in under 48 hours and then scheduled a photoshoot shortly after that to really light a fire under us to finish it up ????.

We’ve been living in it ever since (I only left for Thanksgiving to visit my parents’ new lake house in Maine!), and I actually cannot believe how much I love New York City (who am I?!!). Of course, there hasn’t been a bar scene or Broadway, but we’ve seen our friends and family here and there and it’s still been wonderful. I’m already so excited for us all to be back in the spring!! 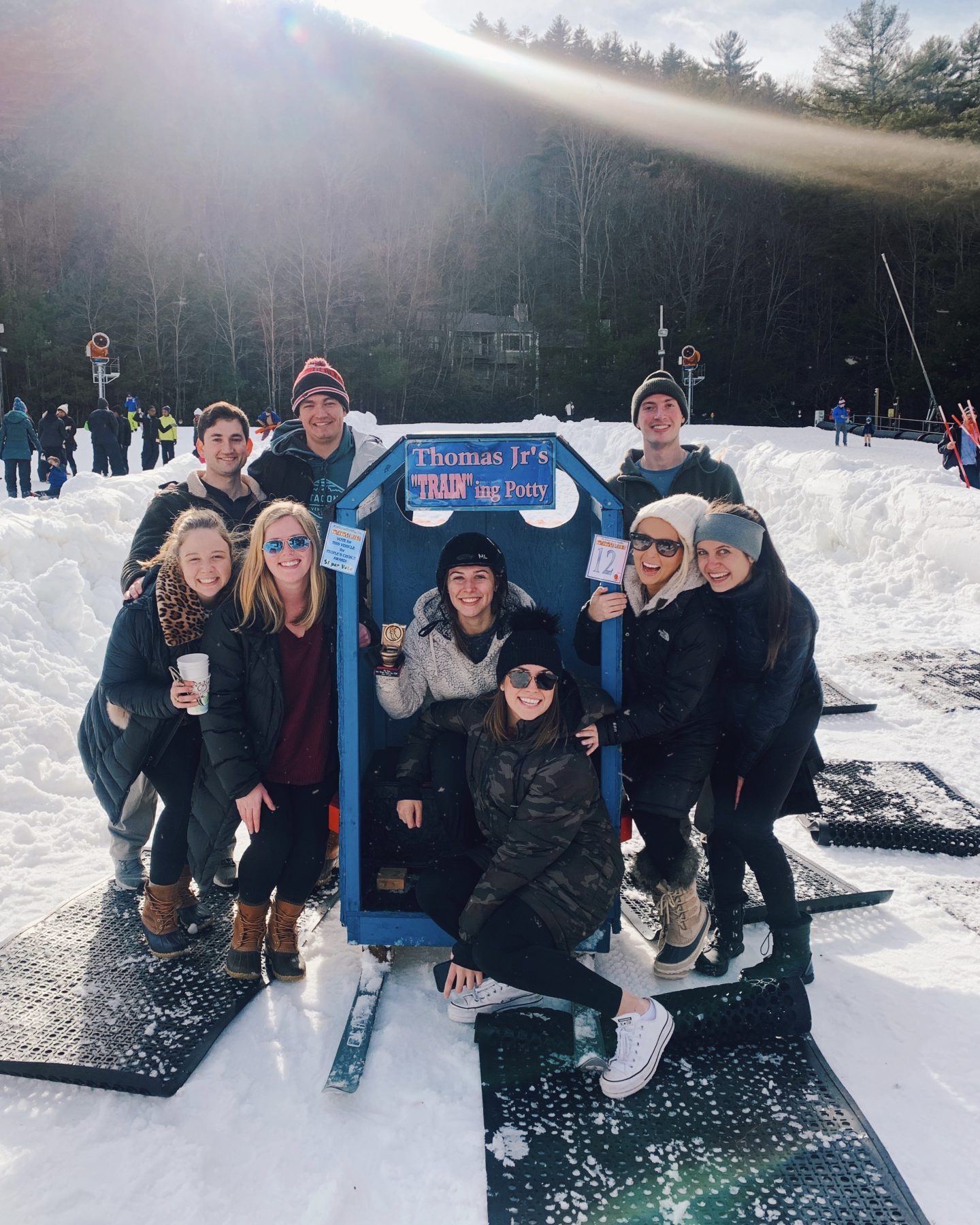 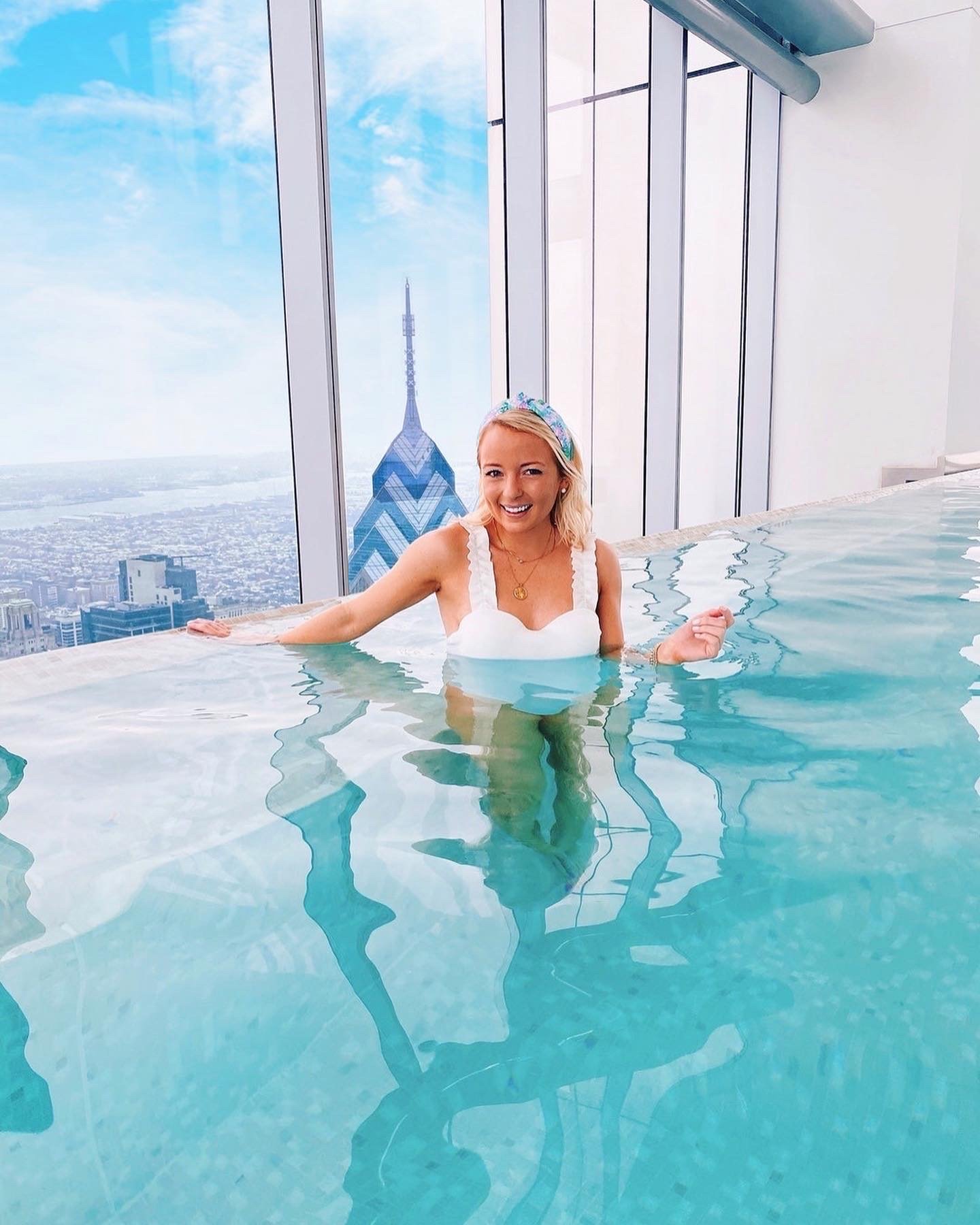 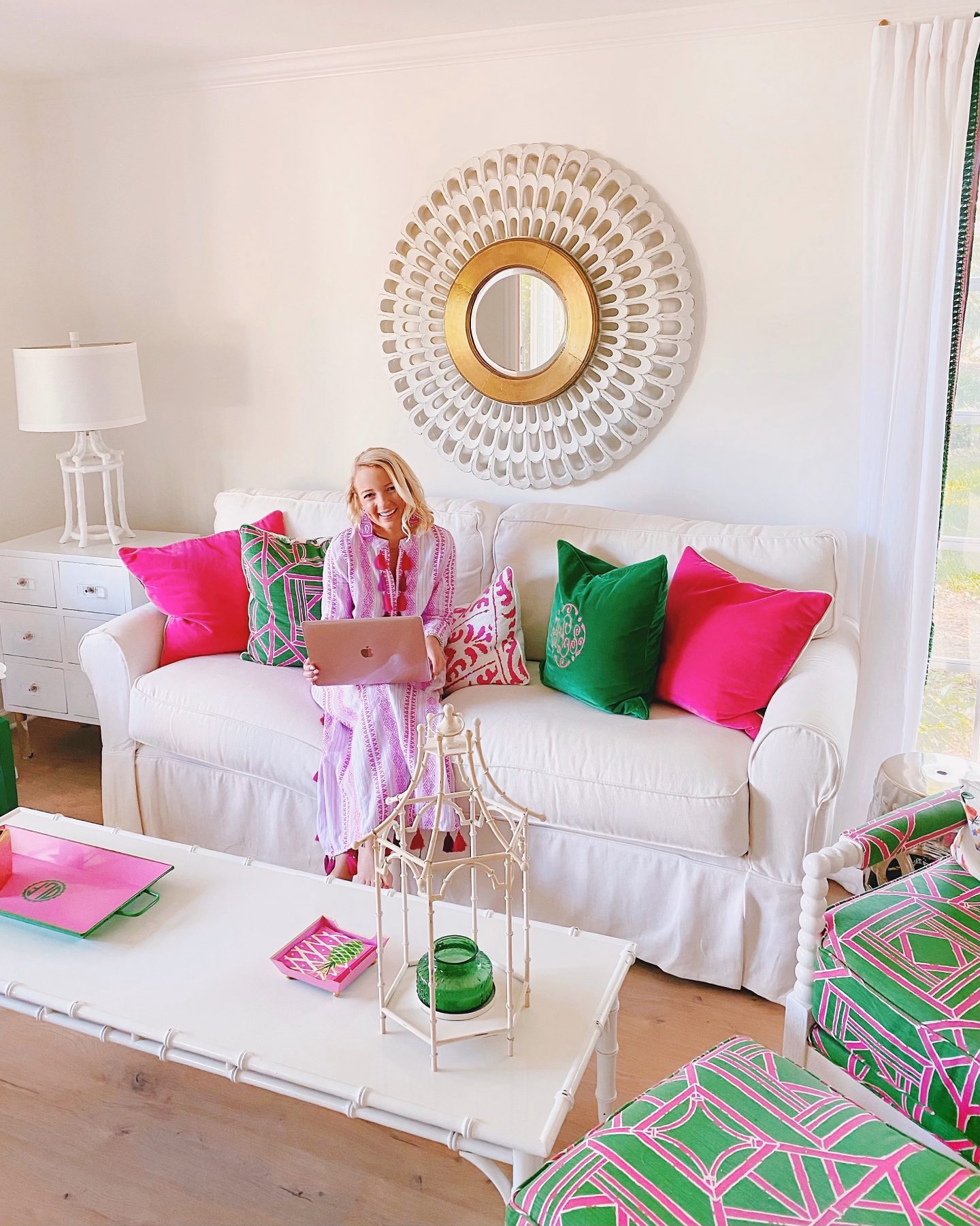 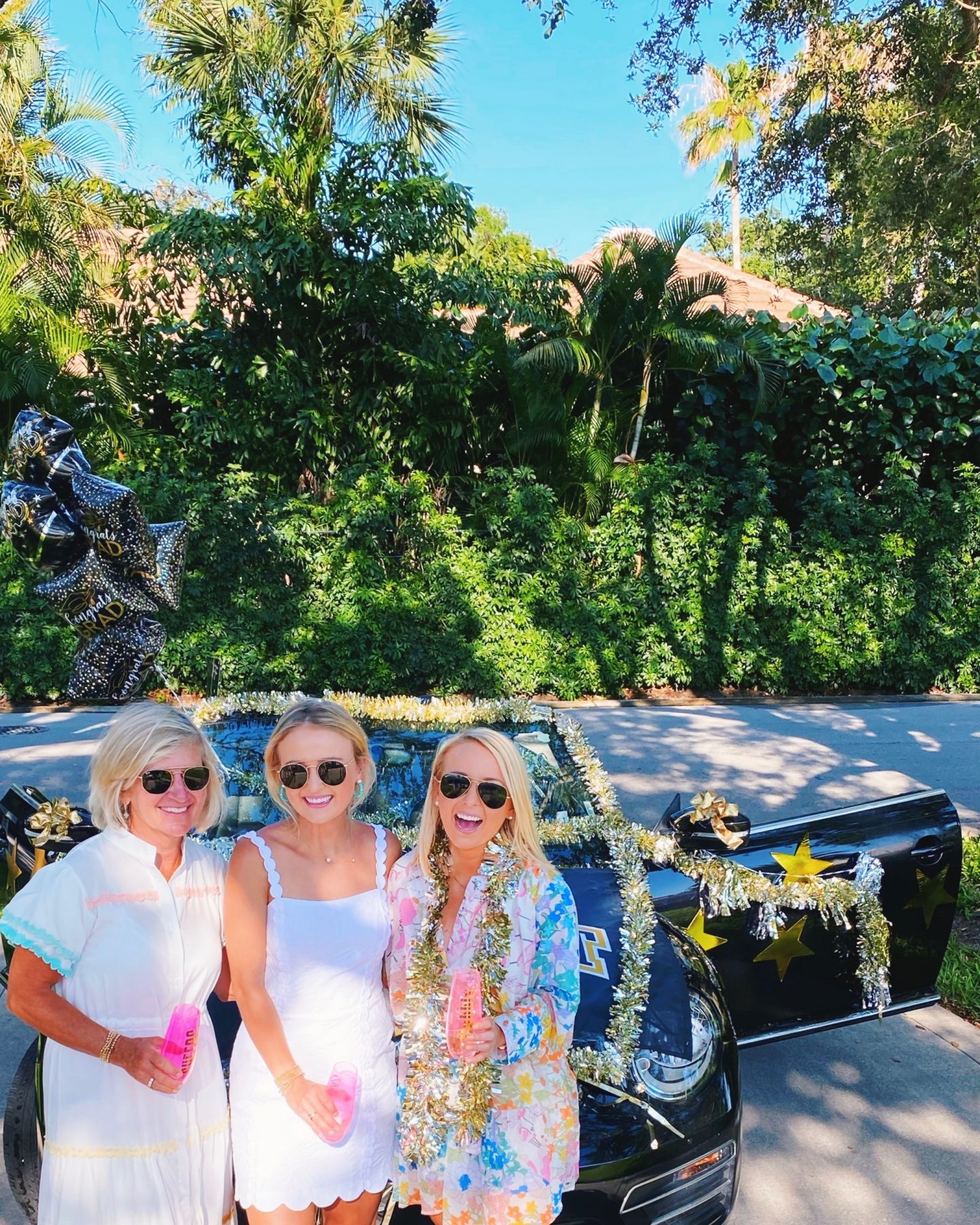 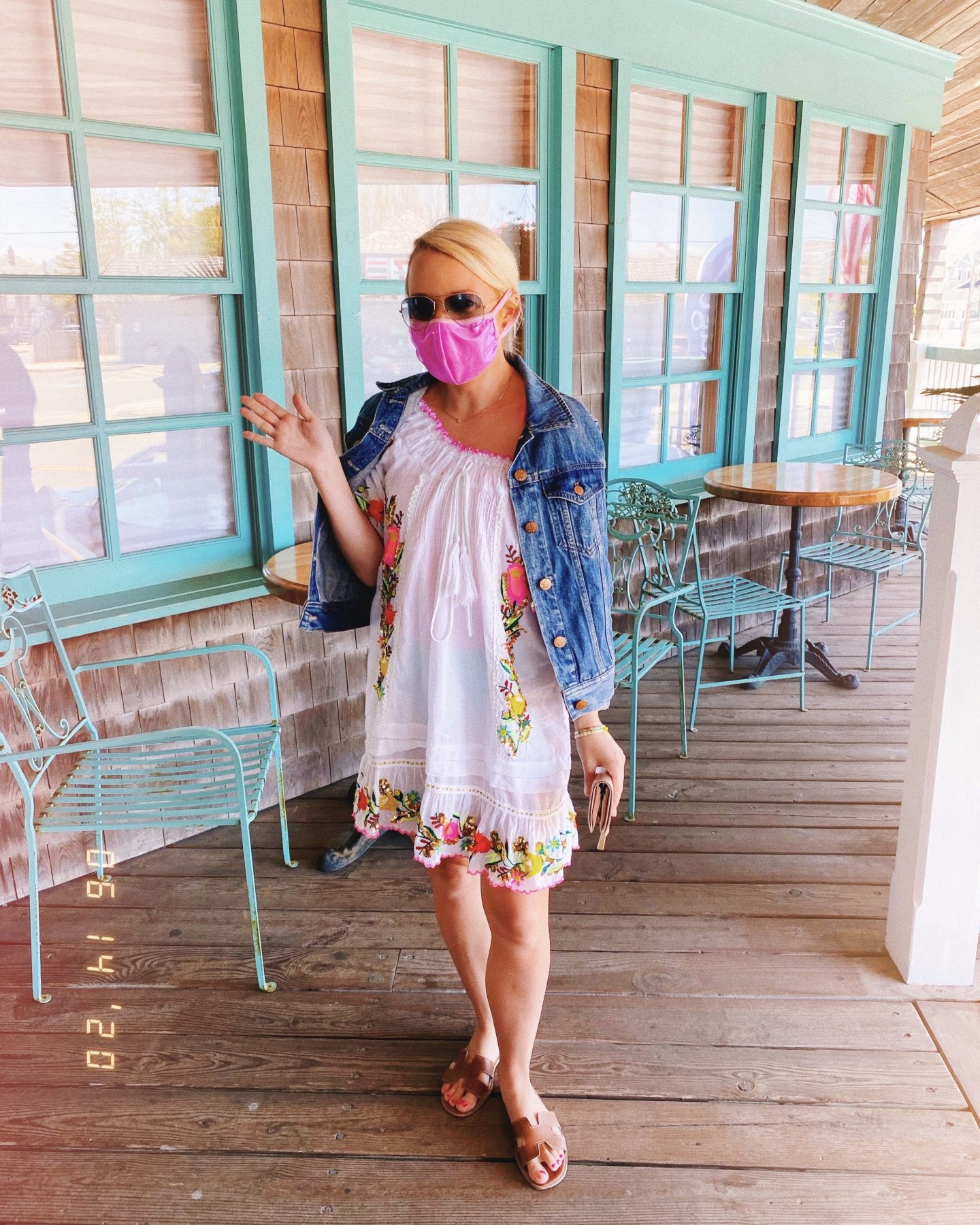 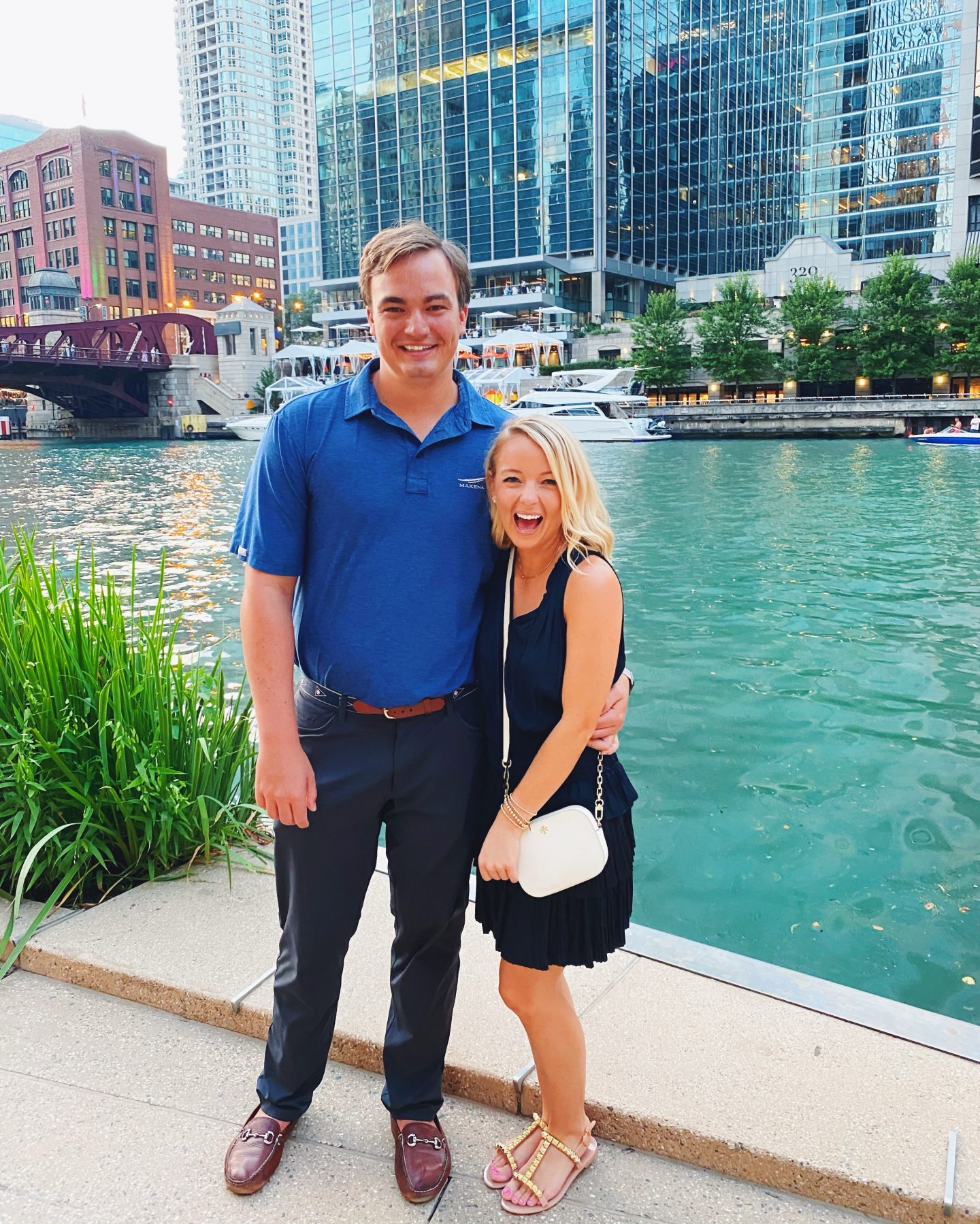 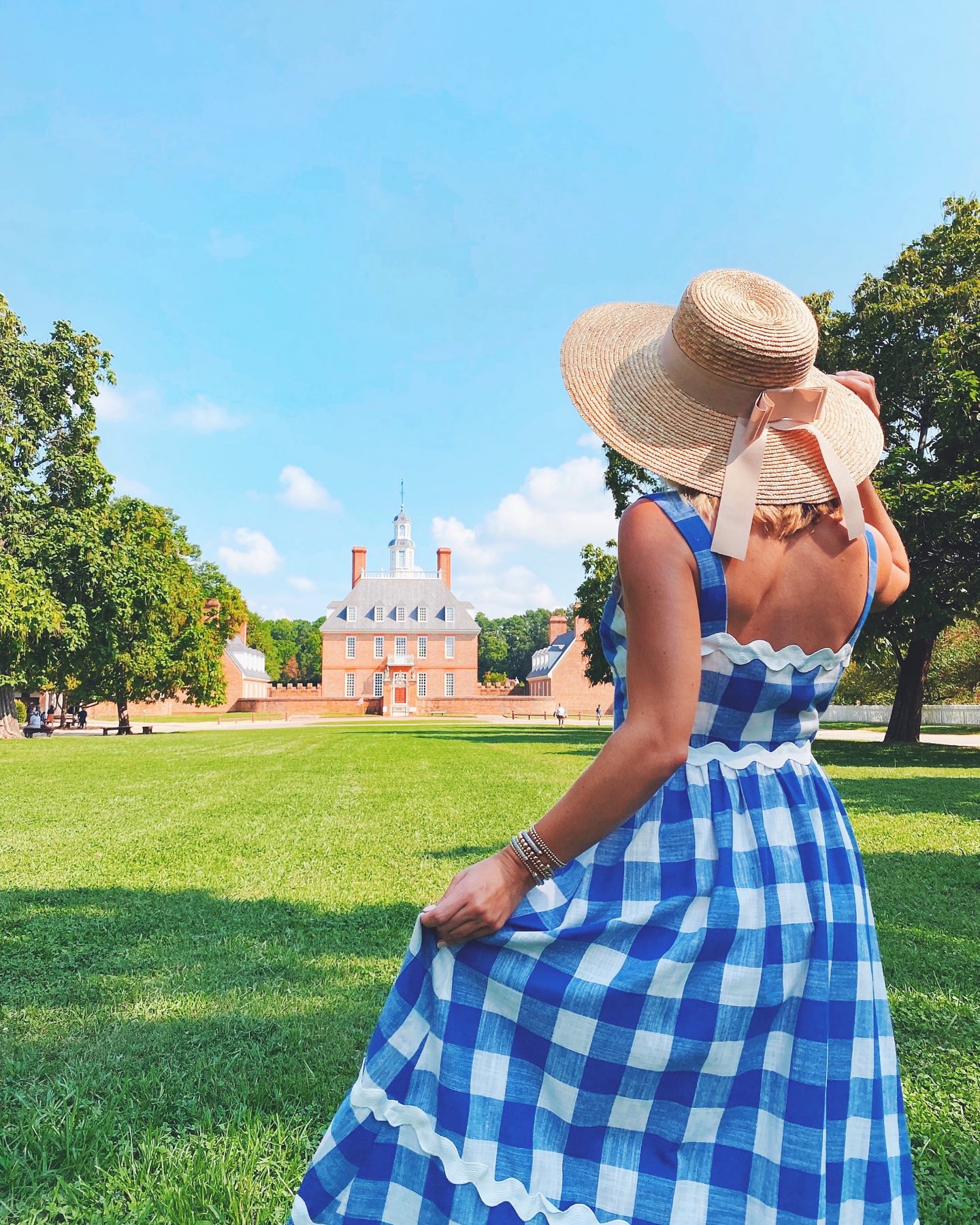 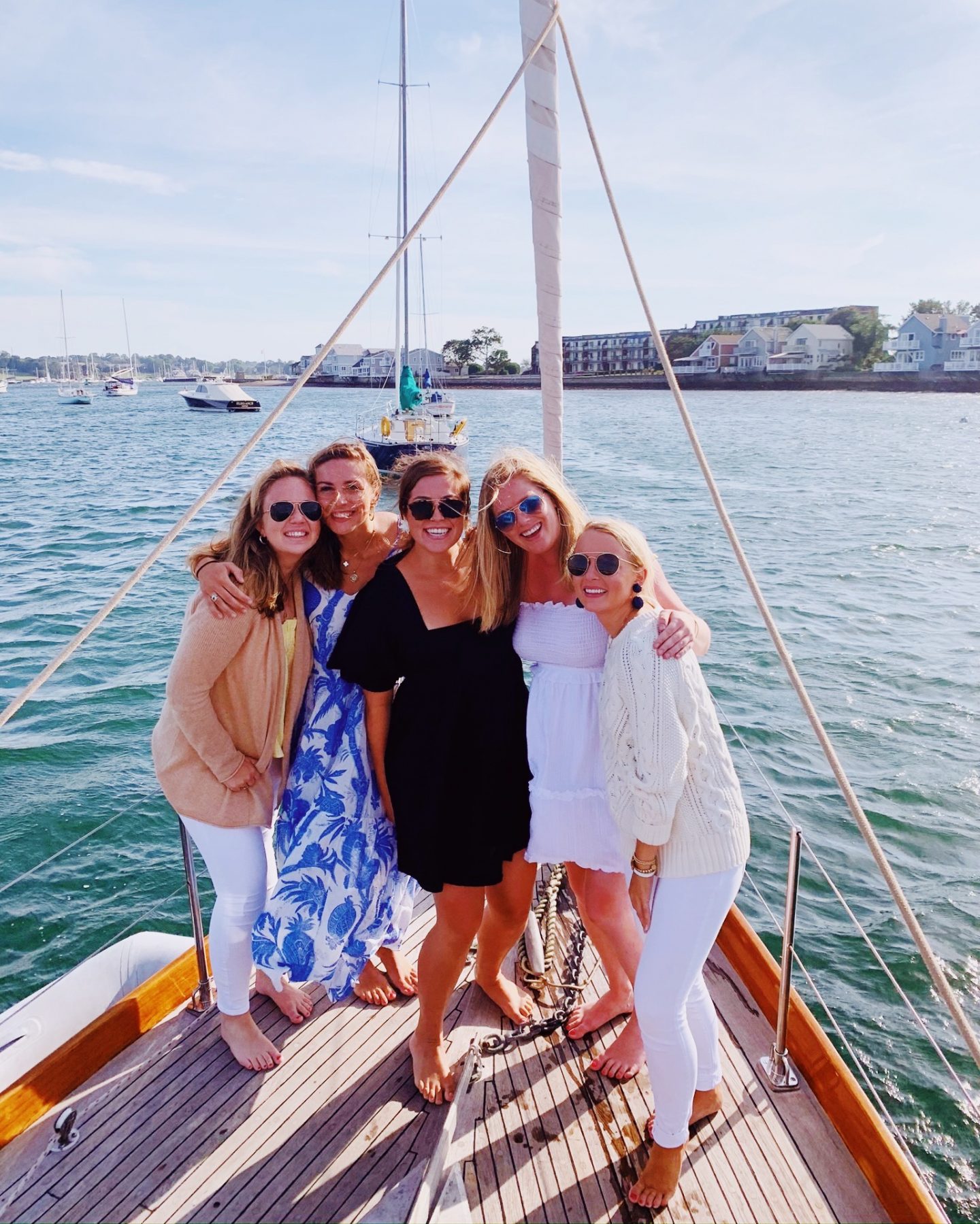 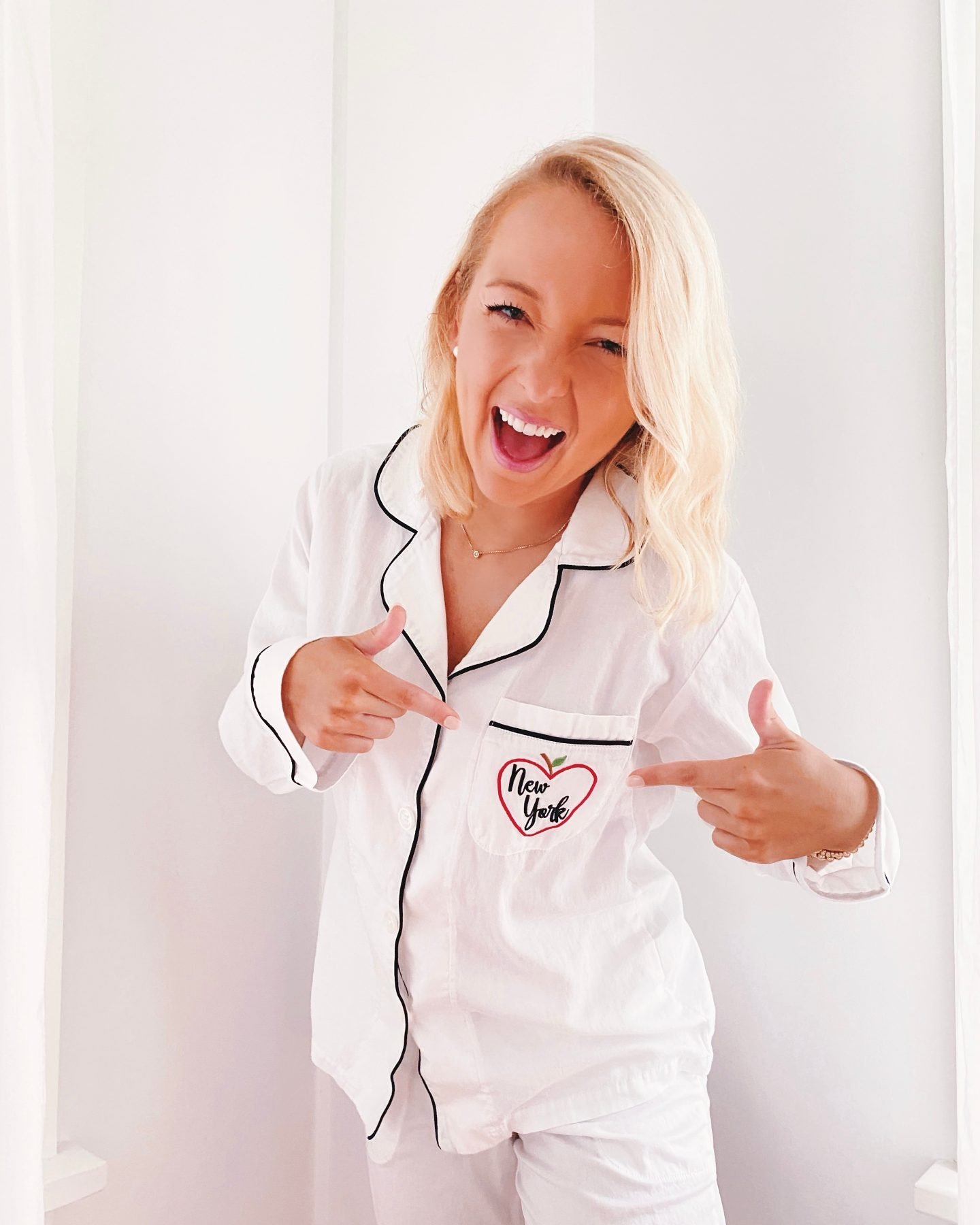 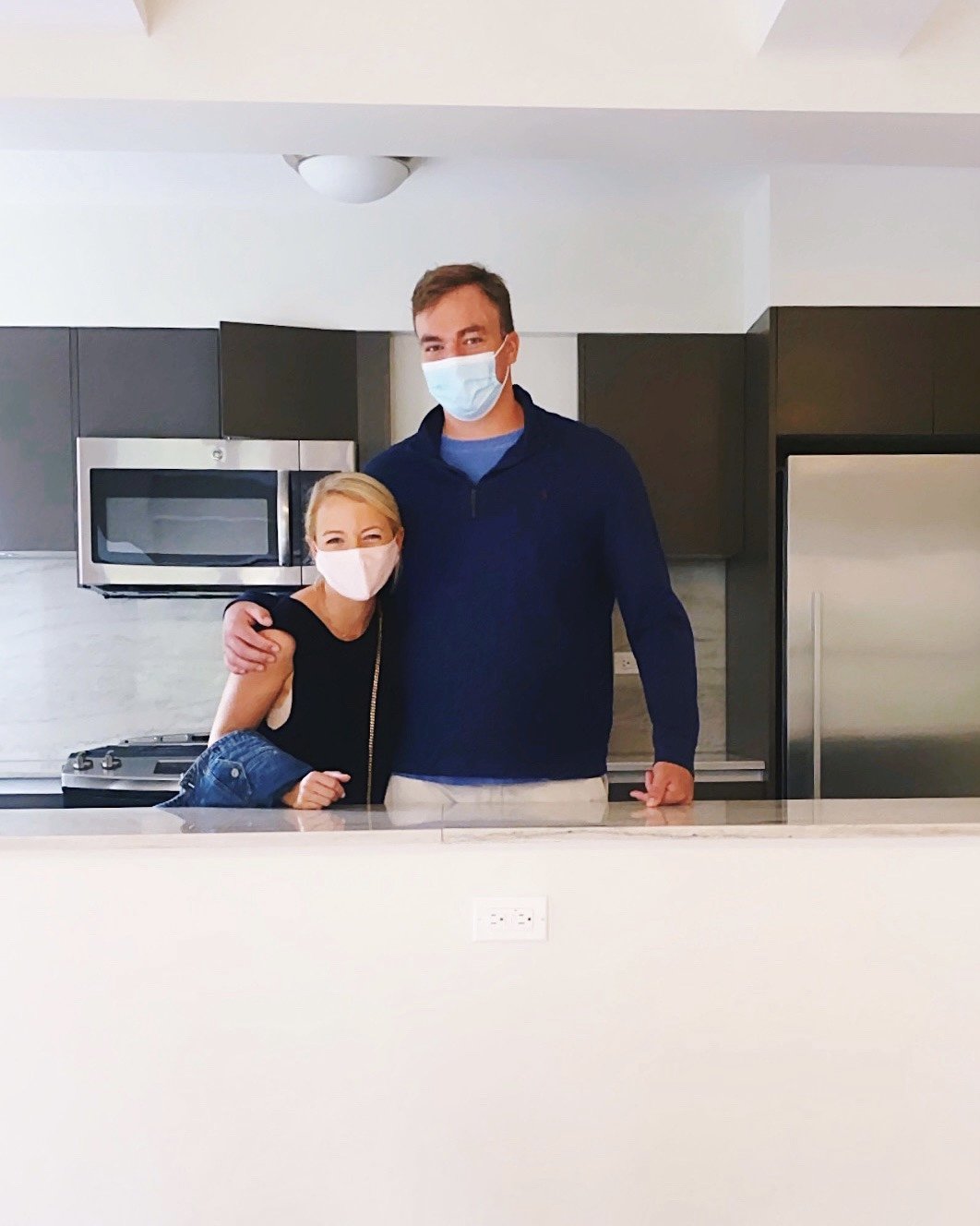 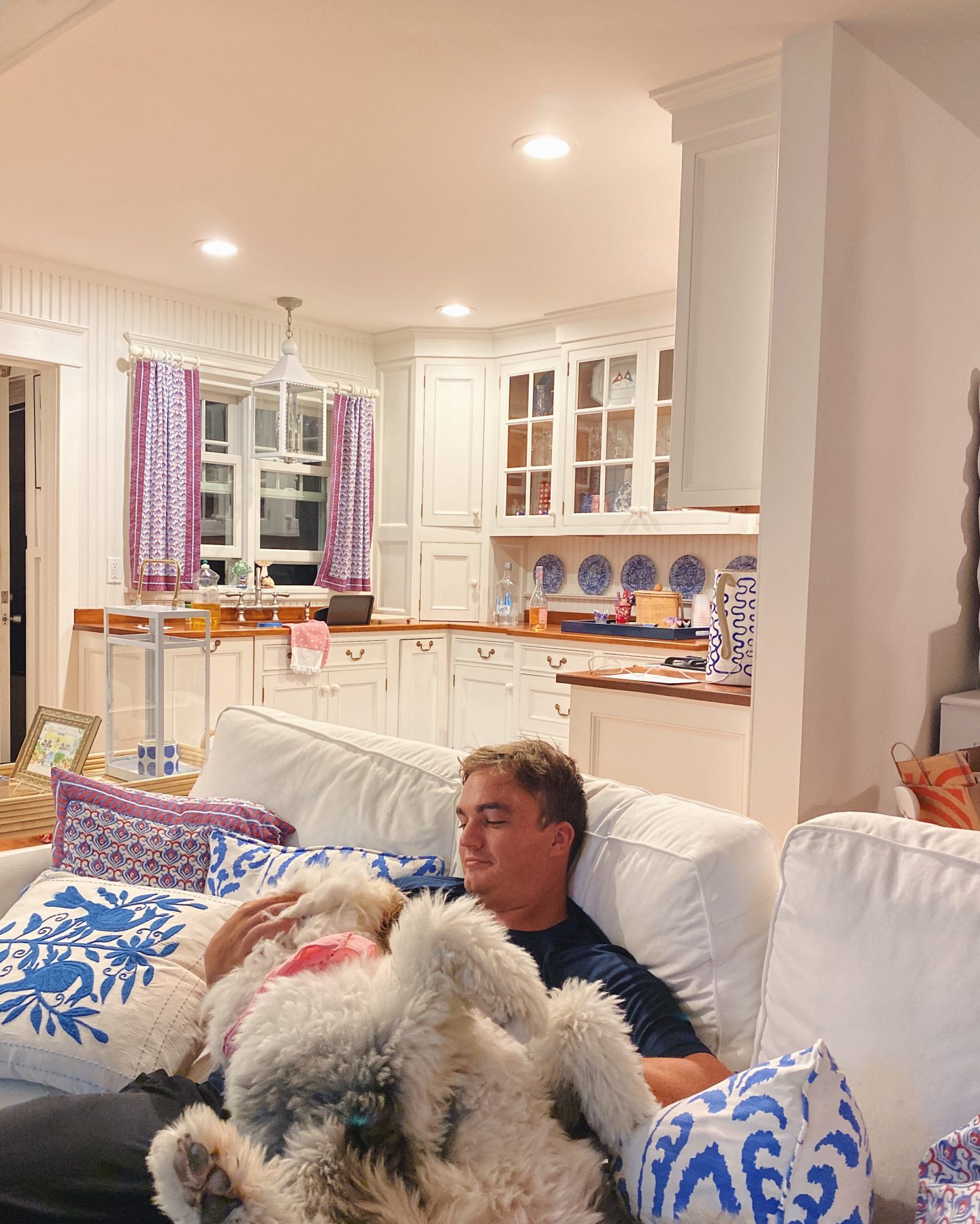 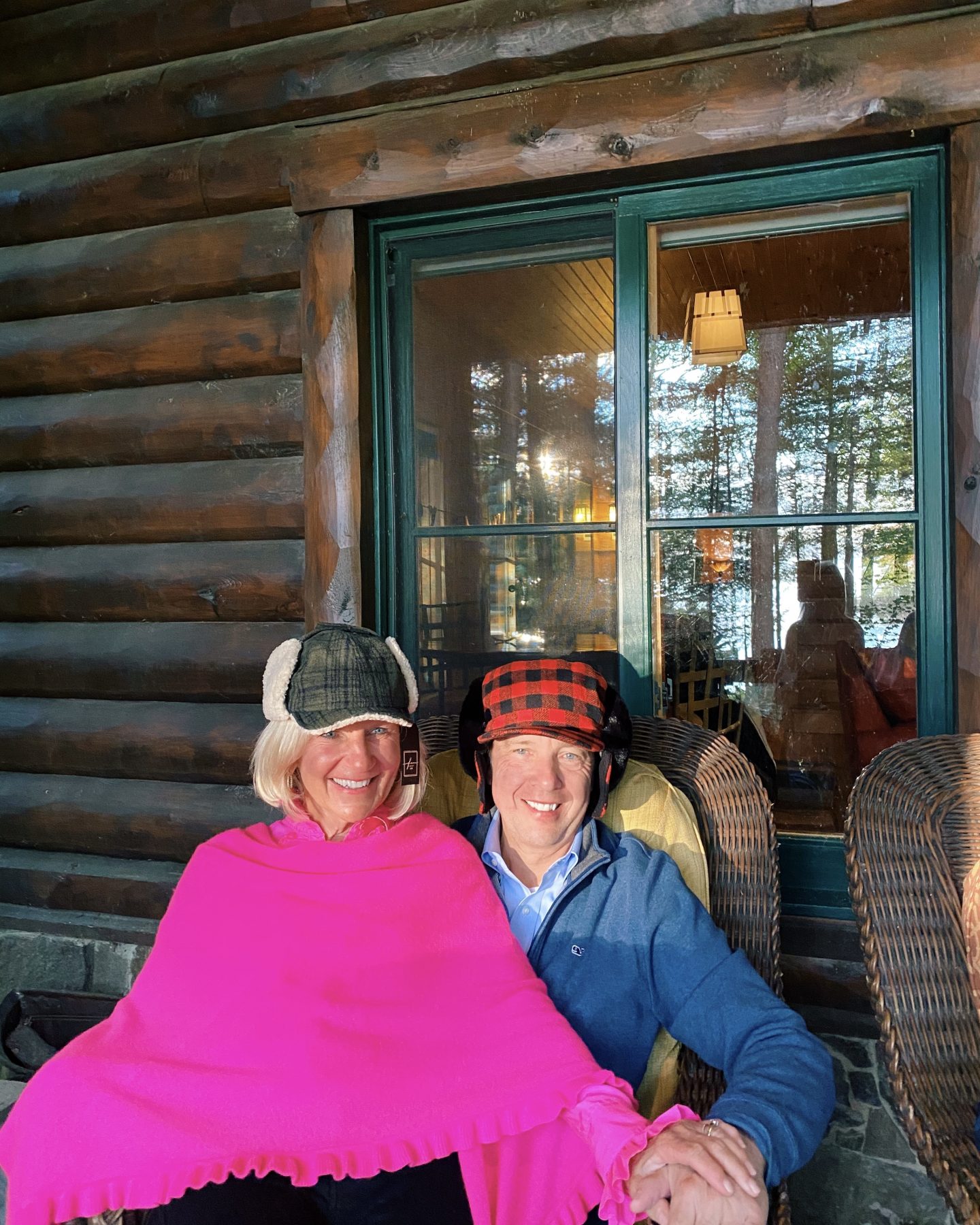 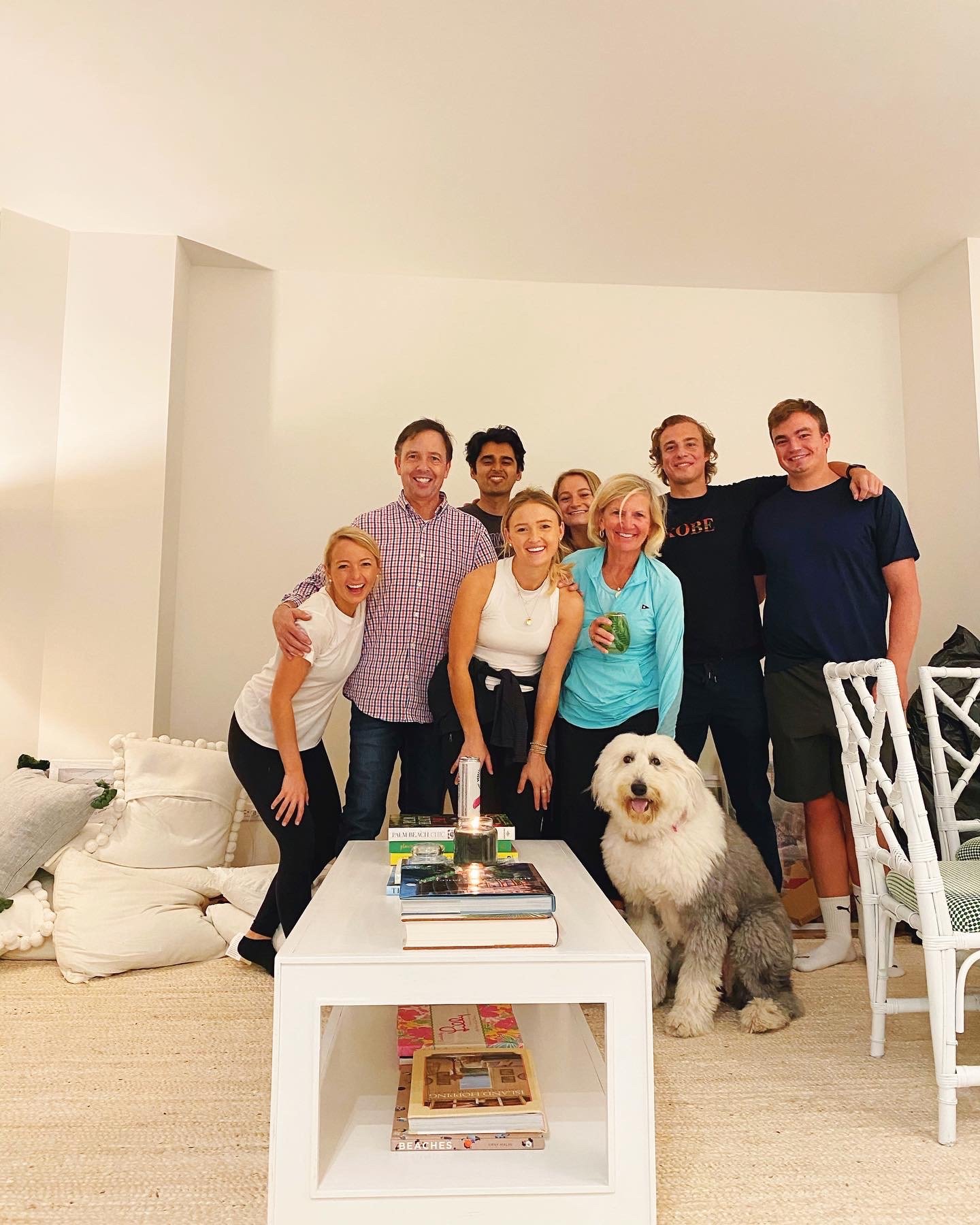 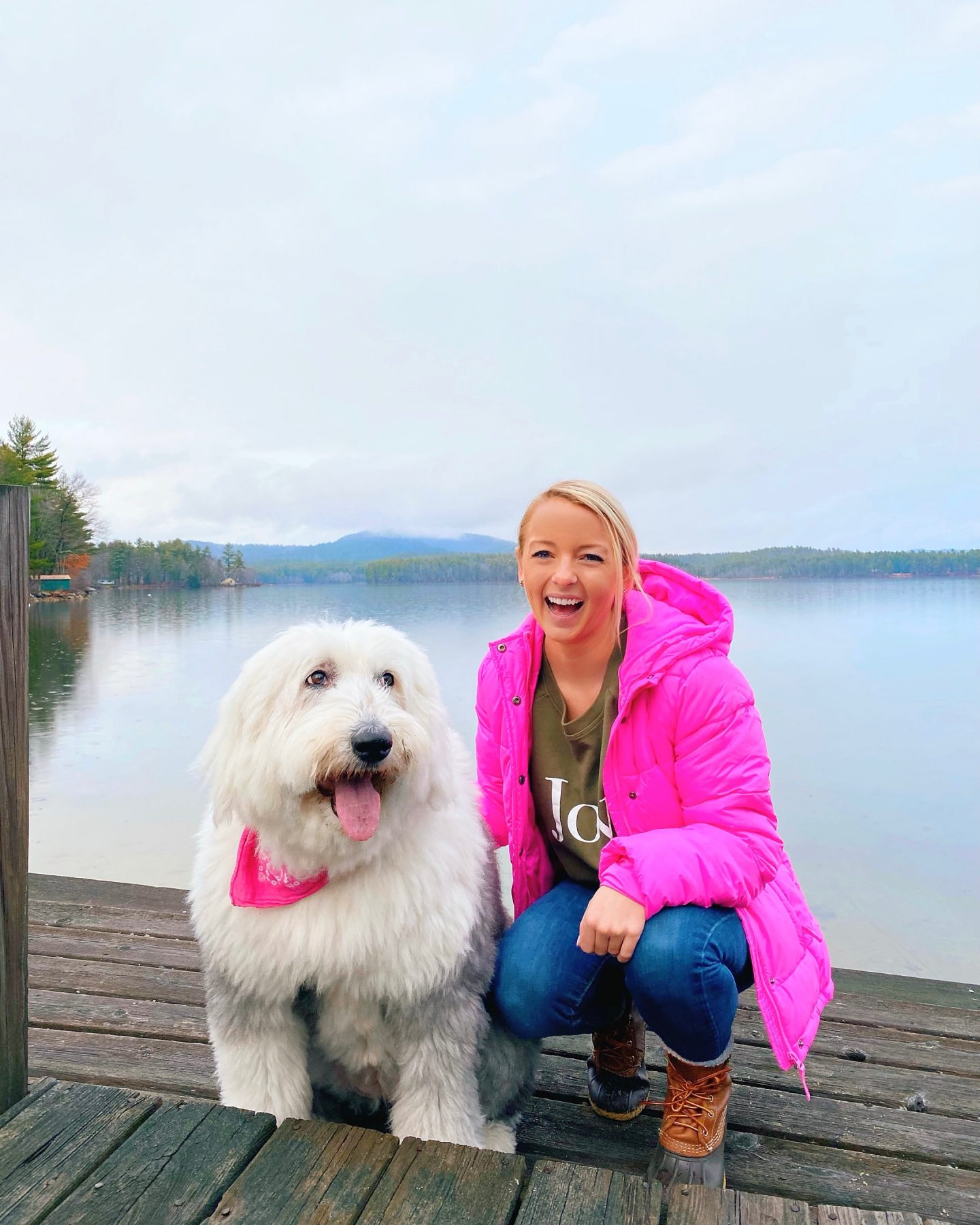 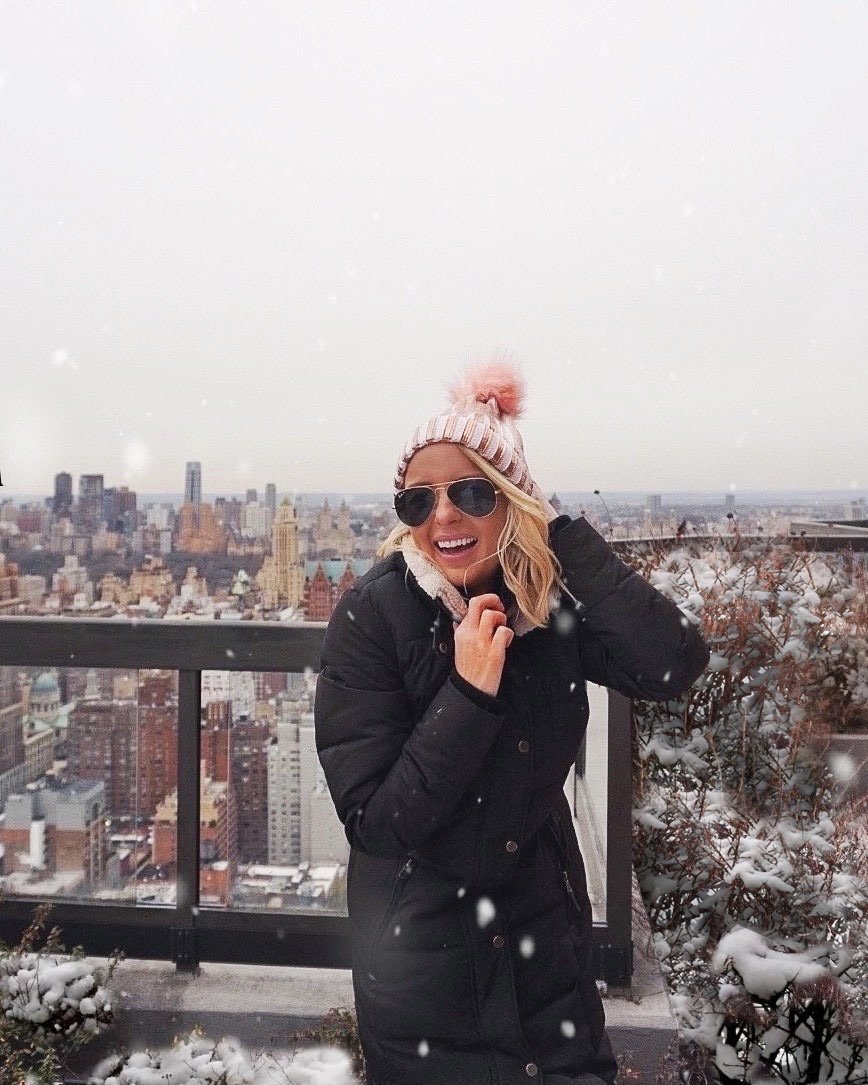 Whew, when I read my pits and peaks back to myself, I think the emotion that hits me most is gratitude. I’m so thankful for my health, the lessons I’ve learned this year, and the opportunities and hope that are on the horizon. I’m not going to make any sweeping generalizations or thoughts on 2021 quite yet (I did that in my first ‘Life Lately’ post of 2019 and it jinxed me big time haha). I’m content with being here right now and just taking the new year day by day, while outlining a few broad goals to help me shape the year.

“Joyful change” was my phrase for 2020, so I’m already working on my phrase/mindset for 2021. I have a feeling that it’s going to involve putting more faith into God and manifesting dreams into fruition. If there’s one thing we can all take away from this year, it’s that life is fleeting and uncertain and everything can change real fast. But, that also means that they can quickly change for the better. So, I think that next year it’s more important than ever to go for the things we’ve dreamed about and put more faith in God to help us see them through. Who’s with me?! xx 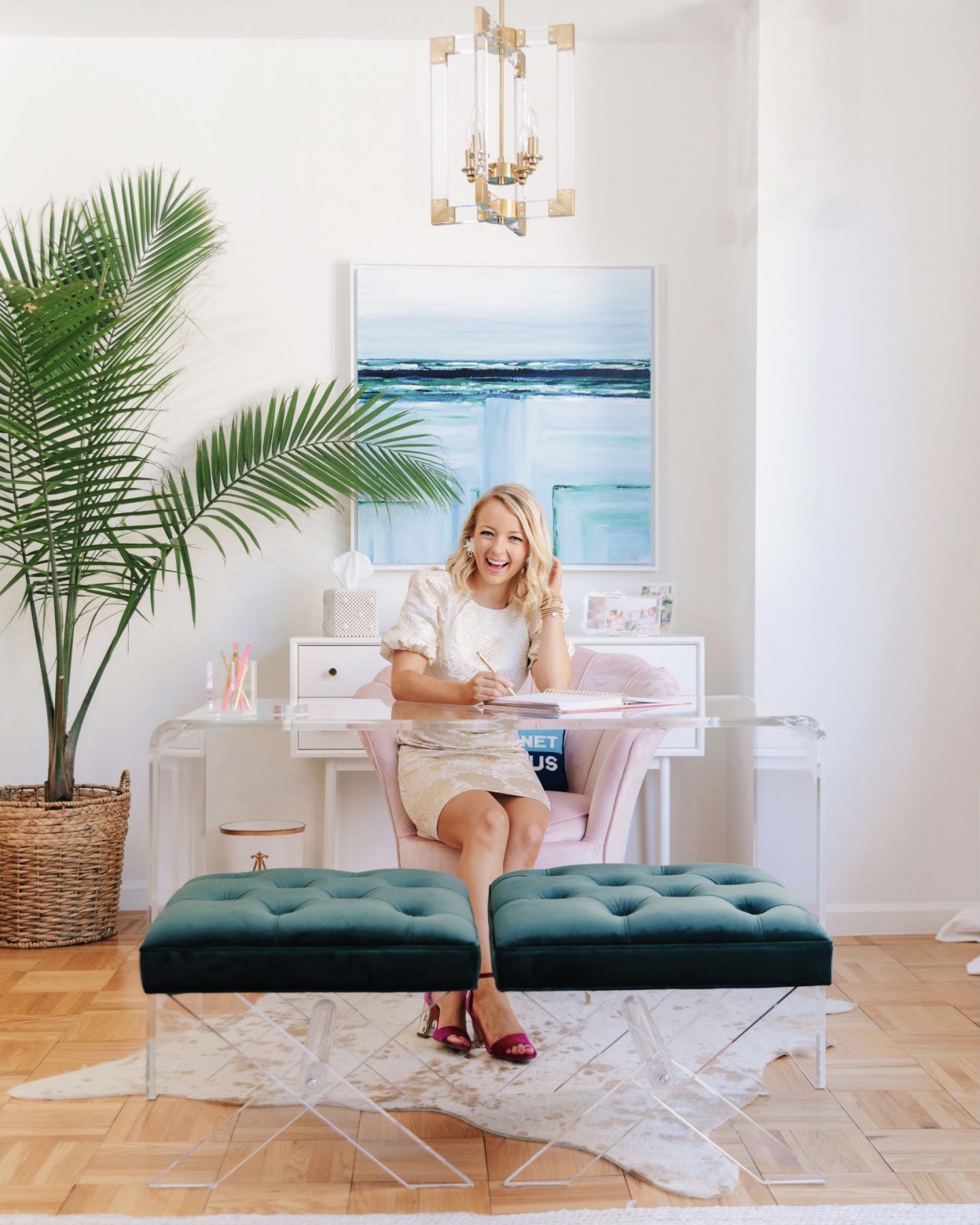 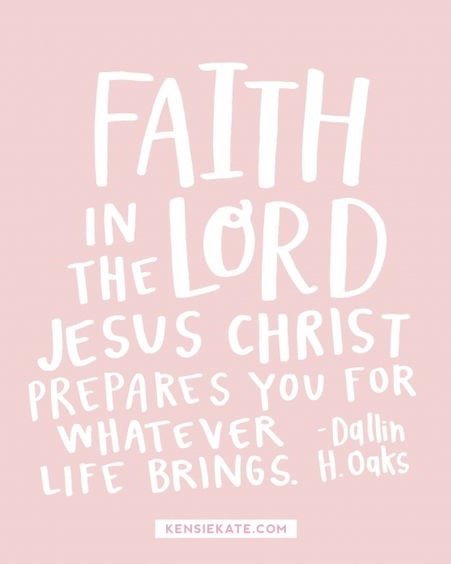